Movie Scenes and Movie Sets from around the Paria Area:

Growing up in Page and Kanab area, owner of the Paria Sage Casitas, Terry Allen met numerous actors and actresses through the years. Stars such as Lucille Ball on vacation with her family, Gregory Peck, Omar Sharif and Ted Cassidy during the filming of MacKenna’s Gold, from The Unbelievable Adventures of Pecos Bill, Catherine O’Hara who played Calamity Jane met at the local bowling alley and Terry even played golf with James Garner of Maverick fame. Also his Grandfather Philo Allen was an extra in Sergeants Three.

For movie and old TV series buffs this area is such a treat. More Westerns were filmed in this area than anywhere else outside of California. Visiting the sites just to see where your favorite movie or episode was filmed is certainly one great way to visit the area.

The Paria Movie Set: This set was located at the bottom of a towering, multi-colored sandstone canyon only a few miles up the Paria River from Paria Sage Casitas. By car the site of the former Paria Movie Set can be accessed by taking Highway 89 west from the Casitas 5 miles or east of Kanab for 35 miles, and turning north into a dirt parking lot with a stone monument to the Pareah Townsite. The movie set was used to film western movies such as Sergeants 3 in 1961 and The Outlaw Josey Wales in 1976 as well as TV shows from 1963-1991. According to Dixie Brunner in the Kanab guide.com: ”As a location, it was used for several episodes of Gunsmoke and Sergeants Three. Those willing to take the bumpy trip will be rewarded with interpretive displays and remarkable canyon views. While the movie set withstood gunfights and saloon brawls, it couldn’t withstand the ravages of nature. Flooding left a 20 foot gully running through the middle of the three-building town. Through a cooperative effort between local volunteers and the BLM, the buildings were dismantled and rebuilt on stable ground. Unfortunately, vandals later burned the buildings.”

Photo of the restored Paria Movie Set before it was burned by vandals.

Kanab’s Little Hollywood: Located in Kanab at 297 West Center Street. On the back lot is a western town comprised of original and maintained sets from the movies Desperate Hours, One Little Indian, and The Outlaw Josey Wales.

Johnson Canyon: The “Gunsmoke” TV series used the Johnson Canyon Movie Set for over 20 episodes shot between the ‘50s and ‘70s.

This picture from the visit Southern Utah Guide is of the Johnson Canyon Movie Set which is located about ten miles east of Kanab, Utah on Highway 89 and then five miles north on Johnson Canyon Road.

Heather Rankin, former tour supervisor from Glen Canyon Dam, adds this information about movies closer to the Page area: “Castle Rock was Mount Sinai in Charlton Heston’s version of The Greatest Story Ever Told. Planet of the Apes, well, not much needs to be said there (shot all around Lake Powell). Crystal River City from Maverick was filmed around Warm Creek Bay and parts of the set are still in Big Water. The cave where John Travolta and Christian Slater had a major shoot out in Broken Arrow is now the site of the new Amangiri Resort.”

Also just three hours to the East from the Paria Sage Casitas is Monument Valley where many famous films were shot. Director John Ford fell in love with Monument Valley almost 80 years ago, filming his well-known Stagecoach there in 1939. It was the first western shot with sound. The film, starring John Wayne, would be the first of many to feature Monument Valley — Ford himself would shoot 9 more Westerns here. Even plots that were not located in Utah or Arizona (such as Ford’s “The Searchers,” which was set in Texas) would go on to take advantage of the Valley’s unique and dramatic landscapes. The 2013 version of The Lone Ranger caused some controversy as a non-native; Johnny Debb was cast as Tonto.

Some of the films made in Monument Valley include: 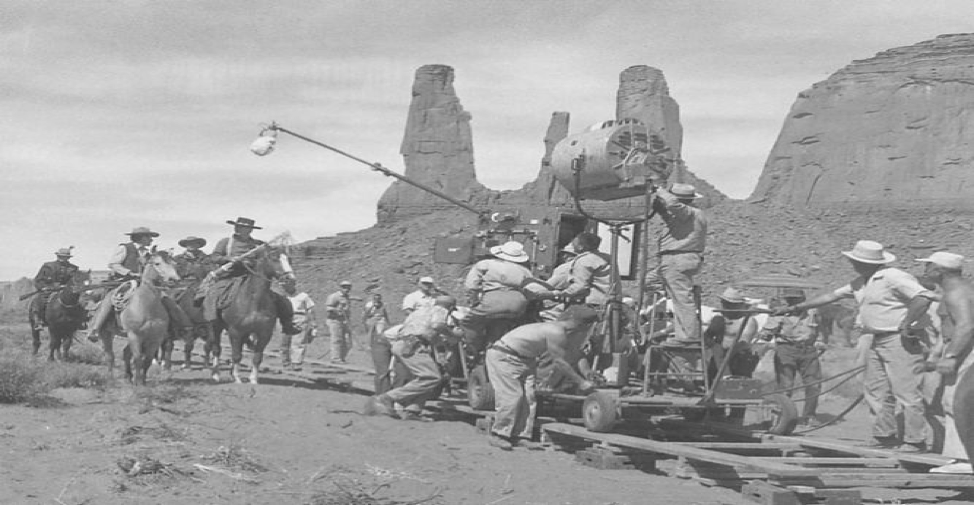 Many TV shows filmed episodes in this area. The list includes: The Lone Ranger, Death Valley

Movie Made around Lake Powell, Page and Big Water

Movie Made Around Kane County: The Visit Southern Utah Guide includes this list (note: there is some overlap from the previous list. It is also interesting that the list from Kane County begins so much earlier. At times we forget that Page and the Glen Canyon Dam did not exist before 1960.)

1939 Drums Along the Mohawk

1957 The Badge of Marshall Brennan

1957 The Girl in Black Stockings

1963 The Greatest Story Ever Told

1964 Ballad of a Gunfighter

1976 Across the Great Divide

Paria Sage Casitas seeks to offer a memorable retreat for you and your family here in beautiful Paria Utah. Explore, Relax and Play!